Most people are familiar with the story about Peter Pan, the boy who refused to grow up. From the Disney animated film to last year’s live action production on network TV, J.M. Barrie’s tale, which actually began as a play in 1904 and was later published as a novel in 1911, has been entertaining young and old alike for more than a century. The latest journey to Neverland opened last night as Barrie’s story took to the skies at Music Circus.

I love Peter Pan. Always have. And I’ve seen many movies about Peter Pan, but to see it in the Music Circus theatre, where you’re completely immersed in the story, was…well, magical. The best part – I got to take my (nearly) five-year-old daughter to her first stage performance. Second best part – a special children’s price is available for kids ages 4 – 12.

While the show centers around Peter Pan, the plot is really about family – mothers specifically. Peter feels unwanted by his, Wendy wants to be one, and the Lost Boys are looking for one. As a mother, I got teary-eyed as I saw my daughter’s face light up with wonder and joy as she saw Peter Pan burst through the Darling’s bedroom window, sprinkling pixie dust as he flew. The magic didn’t stop there. Songs like “I Gotta Crow” and, of course, “I Won’t Grow Up” had me feeling like I was a kid again and my daughter like she was truly in Neverland.

The cast of Peter Pan includes Broadway veterans, Music Circus audience favorites, and talented actors making their Music Circus debut. Jenn Collela’s Peter Pan was loveable, funny, and heartbreaking at the same time. Paul Schoeffler’s Captain Hook was smarmy, yet likeable and his perfect comedic timing had the audience roaring with laughter. Desiree Davar, who played Tiger Lily, danced beautifully, and her performance in the number “Ugg-a-Wugg” was terrific. I was also really impressed by her stamina – she spent most of the performance in a squat position… her quads must have been killing her by the end of the night!

Peter Pan is a magical, high-flying adventure that’s perfect for the entire family. The show runs through Sunday, July 26 and tickets can be purchased here. Don’t miss your chance to see it! Foodies, Families, and Fashionistas find it all in Downtown Sac 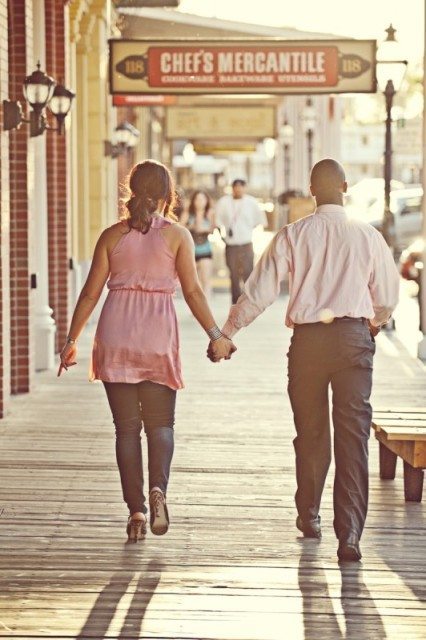 How I spent my summer vacation